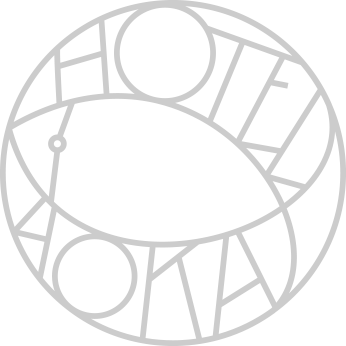 Aoka’s signature blue tiles and warmly glowing inlaid ceiling lights create a pleasing milieu for all-day dining.
For groups of up to 10 people, a private dining room is available. Recommended for group and family celebrations and parties.

restaurant umigotoEnjoying the Bounty of the Sea around the Goto Islands 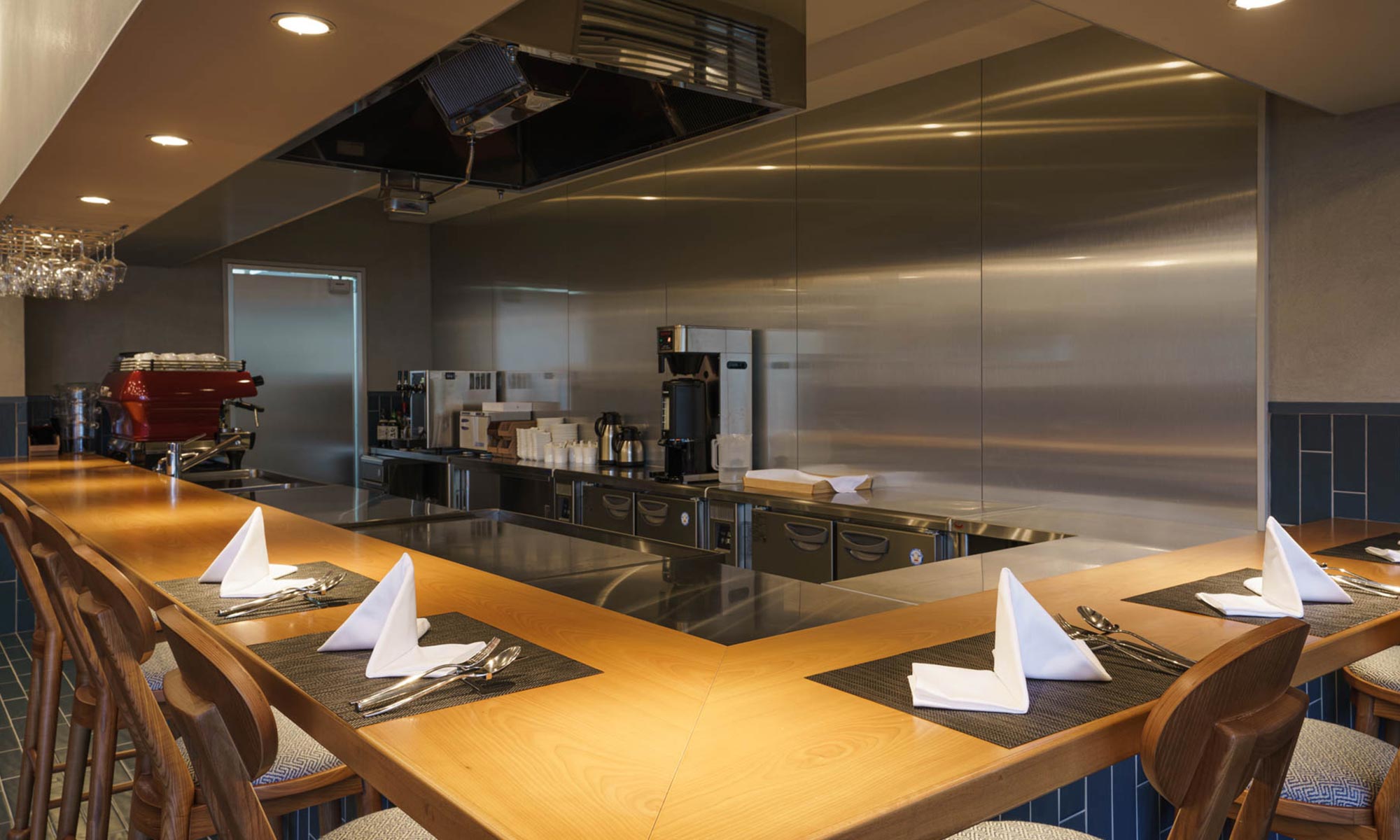 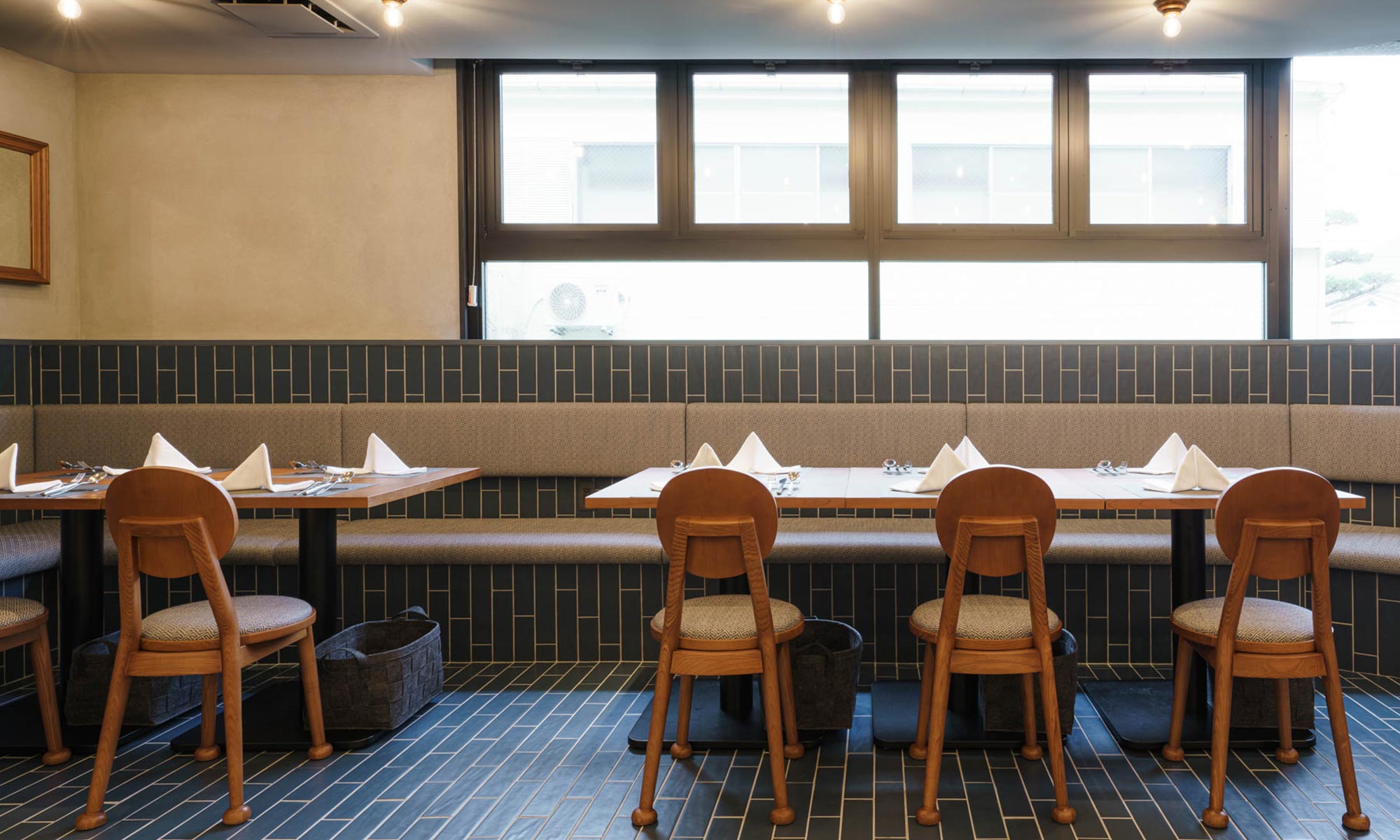 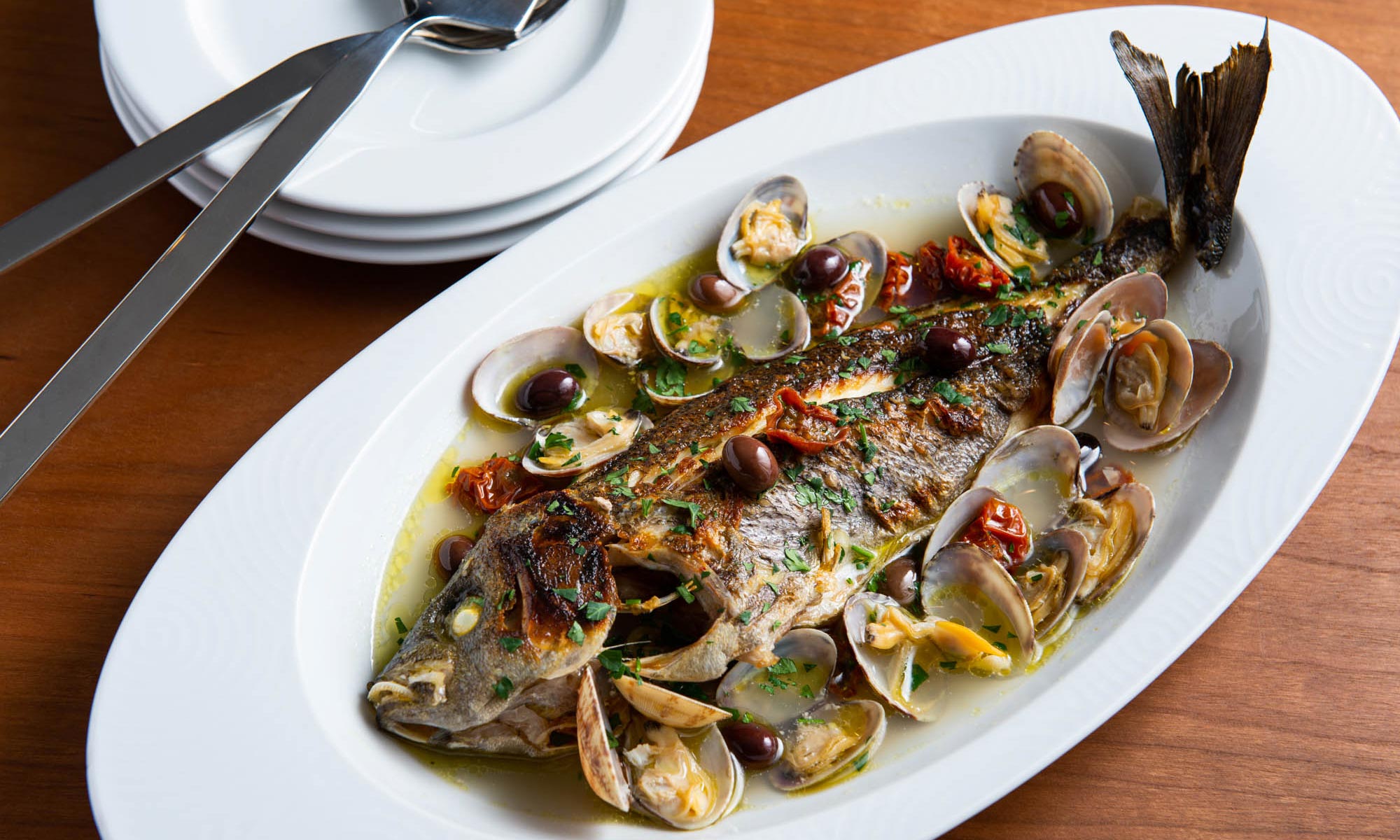 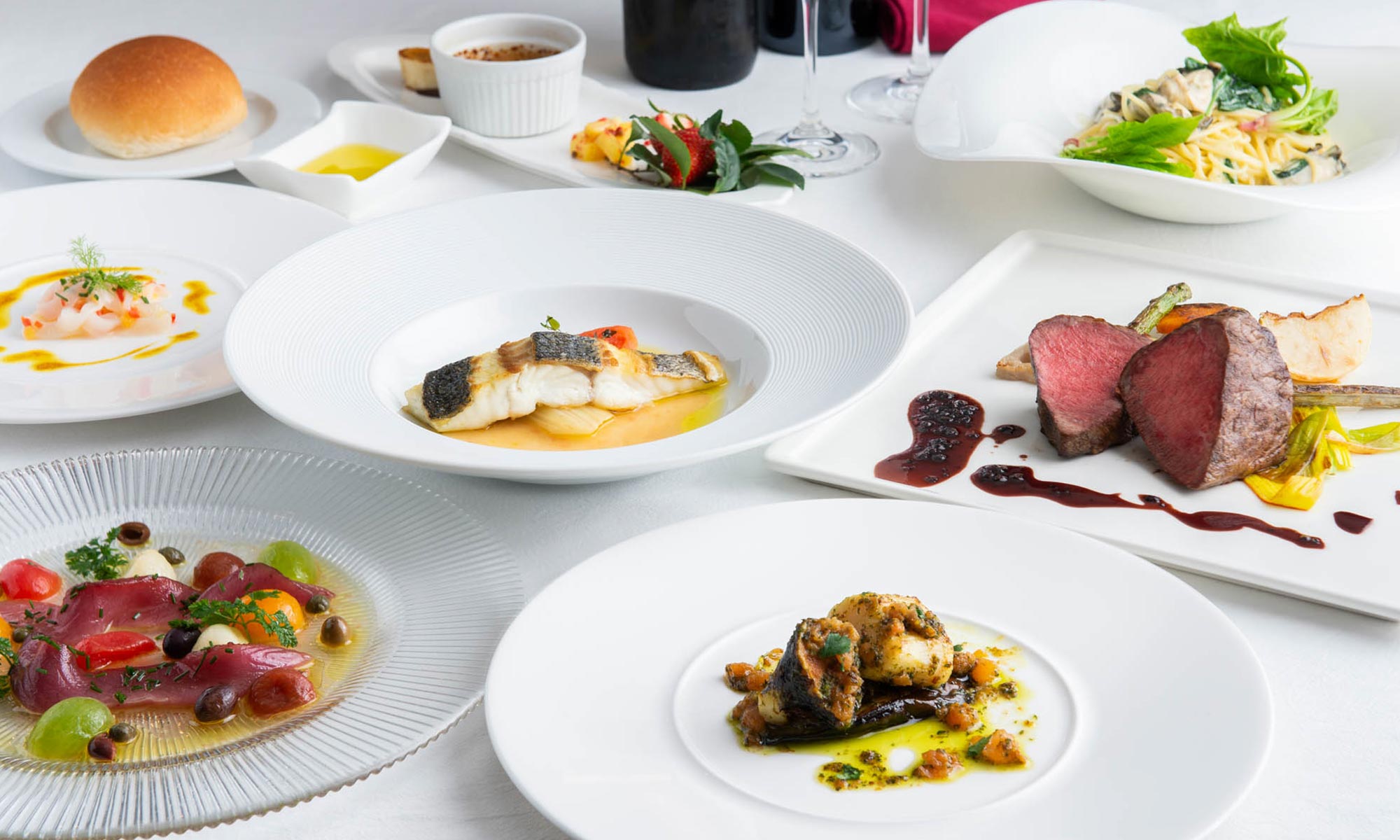 This restaurant specializing in Goto cuisine is produced by Masayuki Okuda, owner-chef of Al-ché-cciano.

The Goto Islands have a thriving ecosystem, both in the sea and on land. The fresh ingredients that can be caught and gathered in this region are blessed with the delicious flavors of that natural bounty. Using these choice foodstuffs, Chef discovers the most delicious ways to prepare them, heedless of categories but leaning toward Italian and French techniques.

Relying chiefly on the ingredients of the Goto Island, Chef serves up dishes that will make you say, “I didn’t know this food could be prepared this way!” Come and enjoy Goto cuisine as it can only be experienced here. 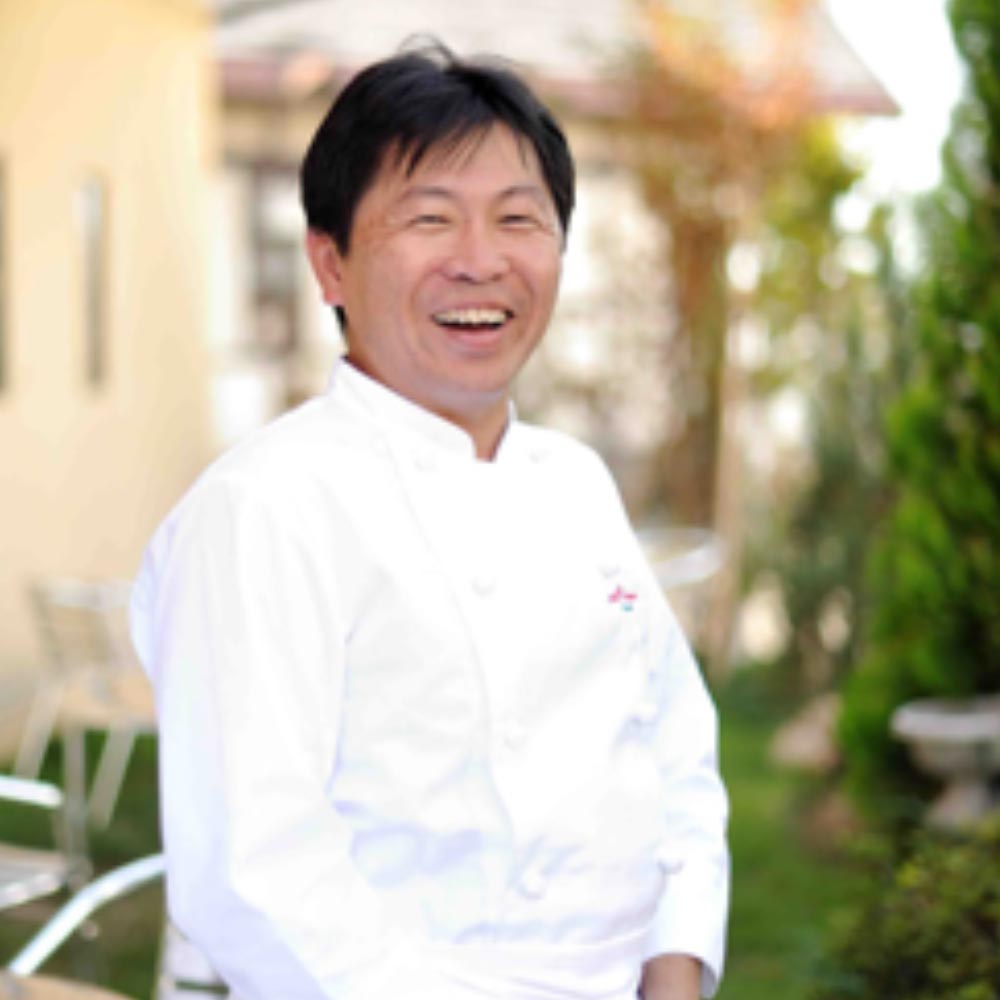 Masayuki Okuda is the owner-chef of Al-ché-cciano, an Italian restaurant in Tsuruoka City, Yamagata Prefecture.
From his base in Tsuruoka, Chef Okuda leads the culinary movement of local production for local consumption, under the rallying cry, “A healthy Japan through better eating!”
Chef Okuda’s contributions toward registration of Tsuruoka as a City of Gastronomy in the UNESCO Creative City Network earned him a public commendation for distinguished service.
Today Chef Okuda produces restaurants throughout Japan offering cuisine made with local ingredients. In so doing he creates beacons of information about regional foodstuffs.
In 2006 Chef Okuda was selected by the international headquarters of the Slow Food movement as one of the world’s 1,000 greatest chefs.
Chef Okuda continues to serve as an evangelist for Japanese food and culinary culture worldwide. He has supervised the food preparations at festivals around the world, including the final dinner at Terra Madre 2010 in Turin, Italy, and Japan Night 2012 at the 2012 Davos conference in Davos, Switzerland. In 2012 he was granted an audience with the Pope in Vatican City, where he presented Japanese foodstuffs, touting their safety and cleanliness. 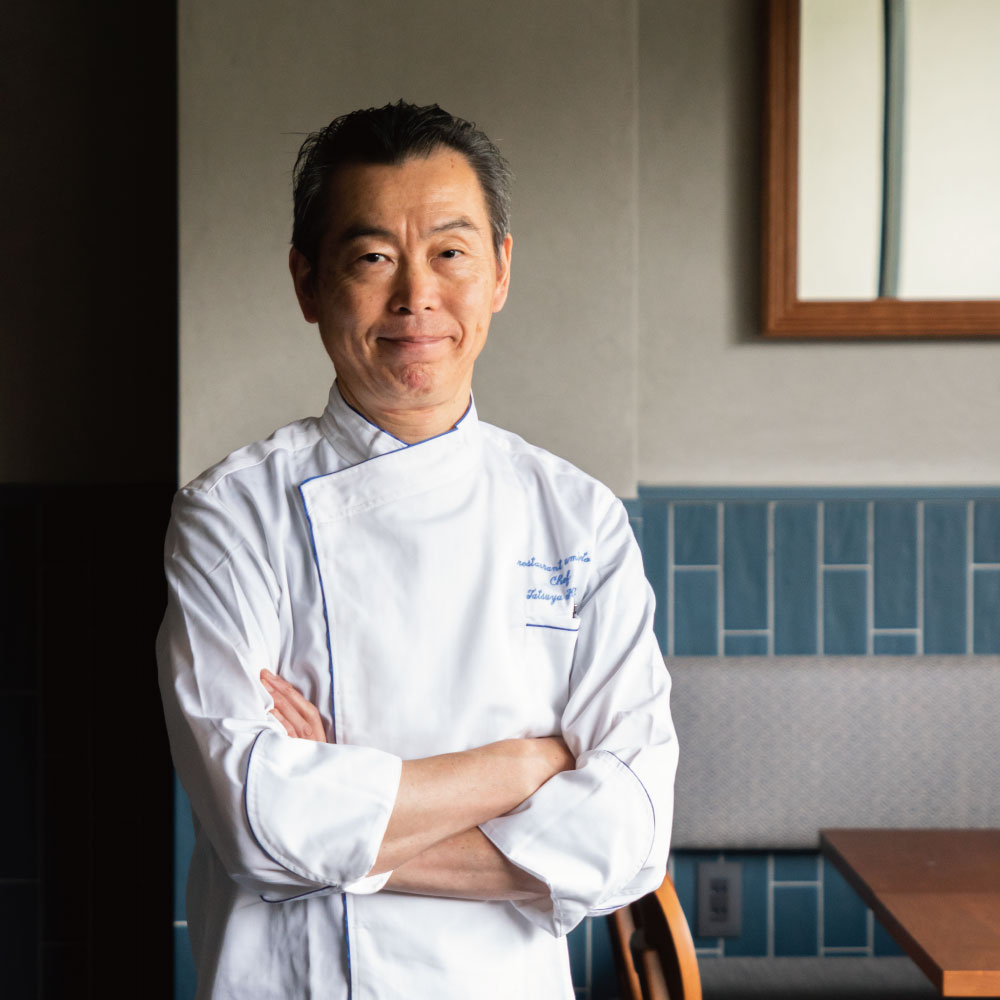 Tatsuya Koizumi entered the world of gastronomy at the age of 18. After serving as sous-chef at Bistro Bonne Femme in Akasaka, Tokyo, at the age of 26 Koizumi moved to France. There he apprenticed at many of France’s most celebrated restaurants, including Côte d’Or, L’Espérance and La Terrasse. Returning to Japan at the age of 30, Koizumi took on a succession of positions at famous restaurants and hotels.
As chef de cuisine at resorts in various regions of Japan, Chef Koizumi served dishes prepared using local ingredients. As a master of vegetable cuisine, Chef Koizumi excels at creating irresistible dishes with inspired technique from local foodstuffs.
The Goto Islands are richly blessed with delicious ingredients. The seafood in particular is extraordinary. Chef Koizumi brings you the flavors of the seas around the Goto Islands with technique and panache honed over many years.